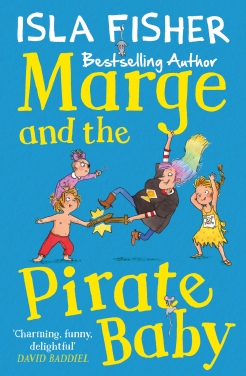 Marge and the Pirate Baby by Isla Fisher

Marge is back and exploring the neighbourhood with the kids! With some help from Jemima and Jake, can she stay in charge and keep ‘pirate’ baby Zara under control? And can the children make sure Marge behaves at Uncle Desmond and Annie’s wedding? 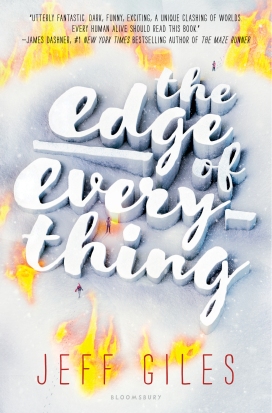 The Edge of Everything by Jeff Giles

It’s been a shattering year for seventeen-year-old Zoe, who’s still reeling from her father’s shocking death in a caving accident and her neighbors’ mysterious disappearance from their own home. Then on a terrifying subzero, blizzardy night in Montana, she and her brother are brutally attacked in the woods–only to be rescued by a mysterious bounty hunter they call X.

X is no ordinary bounty hunter. He is from a hell called the Lowlands, sent to claim the soul of Zoe’s evil attacker and others like him. X is forbidden from revealing himself to anyone other than his prey, but he casts aside the Lowlands’ rules for Zoe. As they learn more about their colliding worlds, they begin to question the past, their fate, and their future. But escaping the Lowlands and the ties that bind X might mean the ultimate sacrifice for them both. 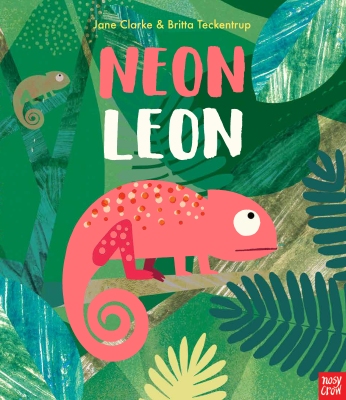 Everyone knows that chameleons are the best at fitting in. But not Leon. Leon is neon! In fact, he’s SO bright that he keeps all the other chameleons awake at night. But poor Leon is lonely, so he goes off in search of somewhere he can blend in. 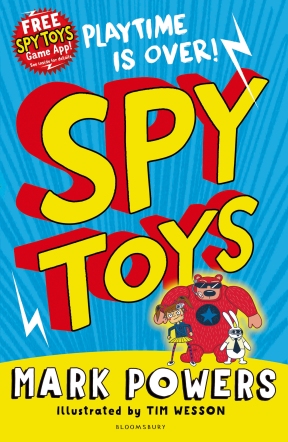 The world’s leading toy manufacturer makes playthings for the rich and famous, and every toy they create contains a tiny computerised brain and a unique personality. These toys are seriously awesome! But every so often there’s a faulty toy …

Dan is a Snugliffic Cuddlestar bear – he should be perfect for hugging. But because of a faulty chip, Dan is so strong he could crush a car. Thrown on to the rejects pile, he meets Arabella, a Loadsasmiles Sunshine Doll, who has a very short temper and is absolutely NOT good with children. Soon Dan, Arabella and Flax (a custom-made police robot rabbit gone AWOL) are recruited by the mysterious Auntie Roz, and together they make up THE SPY TOYS.

Their first mission: to protect the prime minister’s son from being kidnapped…

This book has a great website with downloadable activities to use in your classroom or library – http://spytoysbooks.com/fun-stuff 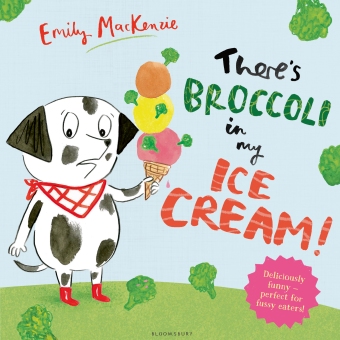 There’s Broccoli in my Ice Cream by Emily MacKenzie

Granville the Dalmatian loves sweet, sugary, chocky wocky gooey things to eat. NOT fruit and vegetables. Which is a shame, because he comes from a long line of greengrocers and gardeners. So his family come up with a plan to persuade him to be passionate about parsnips and bonkers about broccoli. Only, Granville has a plan of his own – and it will surprise everyone! 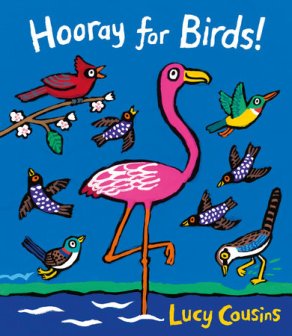 Hooray for Birds! by Lucy Cousins

Birds of all feathers flock together in a fun, rhyme-filled offering by the creator of Maisy. From the rooster’s “cock-a-doodle-doo” at dawn to the owl’s nighttime “tuwit, tuwoo,” the cheeps and tweets of many bright and beautiful avian friends will have children eager to join in as honorary fledglings. 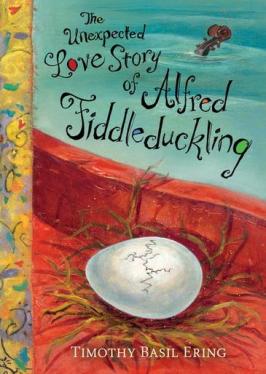 A thrilling and fantastical story of a farmer, a dancing dog, a fiddle, and one brave, tiny musical duckling that will warm the heart. Captain Alfred is sailing home with new ducks for his farm when his little boat is caught in an unexpected and mighty storm. Everything aboard the ship is flung to the far reaches of the sea, including the very special and beautiful duck egg he had nestled safely inside his violin case. But perhaps all is not lost. 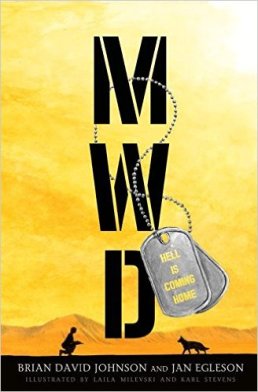 Liz served in Iraq with her trusty military working dog, Ender, by her side. But now that her tour is over, she has to readjust to life in her small New Hampshire town. Despite being surrounded by people she’s known her whole life, Liz feels entirely alone and soon gets trapped in a downward spiral of flashbacks and blackout drinking. Things seem destined for a bad end, but when Liz’s on-again-off-again boyfriend, Ben, almost hits a stray dog while she is in the car, things start to change. Brutus might just be the only thing that can bring her back from the brink. 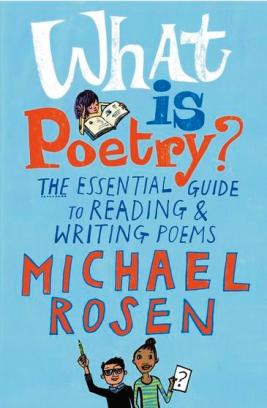 What is Poetry? The Essential Guide to Reading and Writing Poems by Michael Rosen

Over many years as a working poet, Michael Rosen has thought a great deal about what poems are, what they can do and the pleasure that comes from writing and reading poetry. In this invaluable handbook, he shares this knowledge and experience in book form for the very first time. Starting with a detailed analysis of a number of classic poems, he offers a real “writer’s guide” to writing and performing poems, as well as a wealth of technical information and tips. He then takes a fascinating look at a selection of his own poems and explains how and why he wrote them. 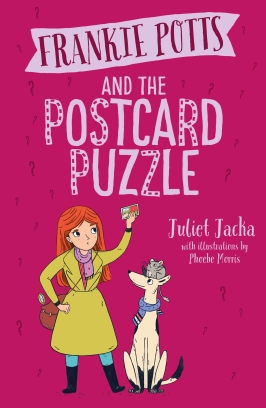 Frankie Potts and the Postcard Puzzle by Juliet Jacka

Frankie’s list of mysteries to solve is getting longer by the day. Firstly, her mum is acting very strangely –she’s tired, grumpy and feels sick all the time. And then there’s Grandma M, who keeps dropping hints about expanding her troupe of performing greyhounds: Tinkerbell, Titania and Tiramisu.

With her detective sidekick Mac, Frankie travels to Giggleswick to find out about the mysterious Gideon R. Best, Animal Trainer Extraordinaire, and why he sent a postcard – with two kisses on it – to Frankie’s mum. How can Frankie work out what an overweight donkey, a cuddle-obsessed pig and a pooing parrot have to do with anything? And why has Tinkerbell started to waddle?

Kaboom! Things are getting explosive in Frankie’s family. She had better start solving. 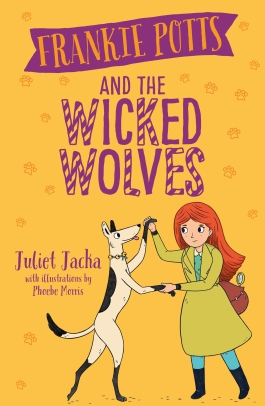 Frankie Potts and the Wicked Wolves by Juliet Jacka

A band of dancers with bells and blue painted faces have come to Tring, and Frankie can smell a mystery. Who are these Wicked Wolves? How come Grandma M knows them, and wants to pick a fight with them?

Meanwhile, Tinkerbell and Sparkplug’s seven adorable puppies are causing chaos at Frankie’s house. Grandma M is planning to give away four of them, and Frankie and Mac must make sure that they go to good homes. Ralph Peter-McGee, Frankie’s arch-enemy, seems to have his eye on her favourite pup Kettle Thomson. Can Frankie stop Kettle going to the wrong home? And why are those Wicked Wolves sniffing around the puppies?

The Inaugural Tring Talent Contest is rapidly approaching, and Frankie has some serious detecting to do. But maybe not all the clues are quite as they seem. 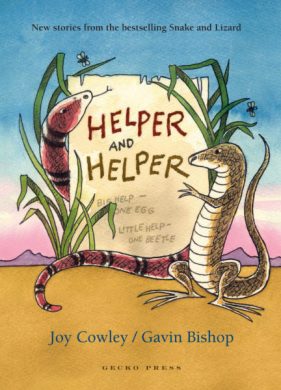 Helper and Helper by Joy Cowley and Gavin Bishop

More funny stories and wry observations with the bestselling Snake and Lizard.