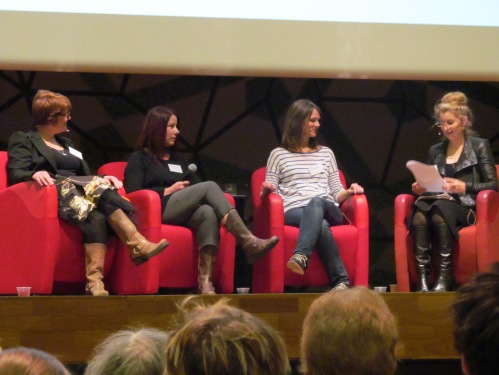 This session was a great way to end the first day of Reading Matters as it was absolutely hilarious!  I haven’t read any of Libba Bray’s books but I will have to remedy this immediately.  I’m a huge fan of Vikki Wakefield and Gabrielle Williams so I was really looking forward to hearing all about their books.  Each of the authors were asked if they had been asked to cut something out of a book or not write about a subject.  Libba said that she had never been told not to do something in a book, but she had been asked to ‘cut the talking penis scene in Going Bovine.’  Gabrielle’s latest book, The Reluctant Hallelujah (an amazing book about finding Jesus in the basement) hit some roadblocks in the publication process.  Her publisher was reluctant to publish it in Australia and her US publisher suggested changing the body of Jesus to the body of Elvis. Gabrielle writes comedy because she likes it, and this is one of the things I like most about her books.  She doesn’t approach issues in her books, instead she likes to make her characters three-dimensional so that the issues come to the characters.

Vikki Wakefield goes full-on with her stories and keeps going until it makes her laugh or cry. Someone needs to tell her when she’s gone too far.  She set out to be subversive with her first novel, but it wasn’t.  She pushed further emotionally with Friday Brown (and if you’ve read Friday Brown I think Vikki hit the nail on the head!).  Vikki suggested that there is a fear in white writers of writing indigenous characters, which means they’re disappearing. She believes that writers need to be taking more of a risk when it comes to this.

The next books they’re working on are: 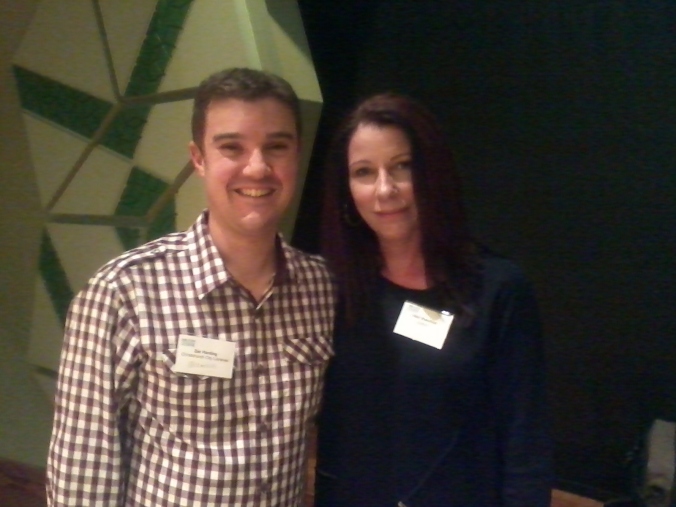 Me and Vikki Wakefield (author of Friday Brown)