It’s Star Wars mania at the moment!  With the release of the new movie just around the corner there has been a whole new assortment of Star Wars merchandise coming out.  That means that there is a whole new selection of Star Wars books to choose from, for the very youngest Star Wars fan to the oldest.  Here are some of the best new Star Wars books, all from Hardie Grant Egmont. 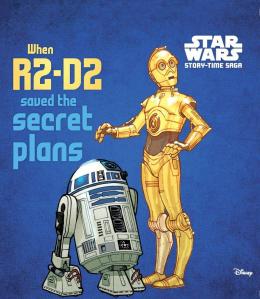 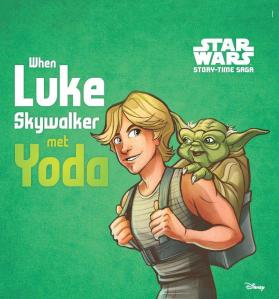 These are adorable stories for the youngest Star Wars fans, based on the original trilogy.  There are currently 2 titles in the series with 2 more coming soon.  Each of the books focuses on an important event in the original trilogy, introducing characters and places from the movies.  The stories are short and simple, with delightful cartoon illustrations.  The first two books are When Luke Skywalker Met Yoda and When R2-D2 Saved the Secret Plans.  Coming in January is When Princess Leia Met the Ewoks and When the Rebels Saved Han Solo.  Coming from this geeky dad, these books are the perfect way to instil a love of Star Wars in your kids from a very young age. 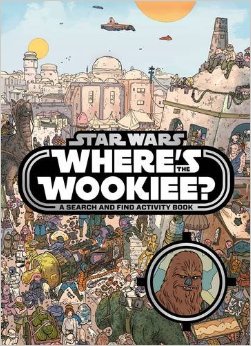 Where’s the Wookiee? A Search and Find Activity Book

This is a ‘Where’s Wally?’ type book for Star Wars fans and it is ALOT of fun!  In the first few pages you’re given the task of finding a variety of characters, including Chewbacca, Han Solo and Boba Fett, in every location throughout the book.  Each double-page spread is a different location from the Star Wars saga, from Hoth to Mos Eisley and the Death Star to Jabba’s Palace.  Finding these characters is no easy task as each page is jam-packed full with Jedis, droids, Stormtroopers and Ewoks.  For the expert searchers there are also extra characters to find in the Galactic Checklist at the back of the book.  The illustrations are quite cartoony but I really like the style.  It’s hours of fun for young and old. 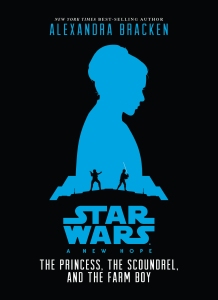 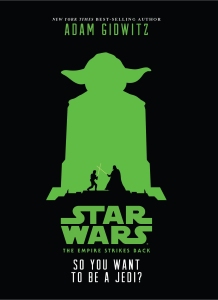 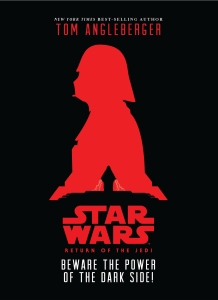 The Princess, The Scoundrel and the Farm Boy by Alexandra Bracken  (A New Hope)

So You Want to Be a Jedi? by Adam Gidwitz (The Empire Strikes Back)

These three books are original retellings of the three original movies – A New Hope, The Empire Strikes Back and Return of the Jedi.  These three very lucky authors were given the task of retelling the stories in their own special way.   It is clear to see the love of the stories that each of the authors bring to these books. While retelling the stories that we know and love they are also quite different.  In The Princess, The Scoundrel and the Farm Boy, Alexander Bracken, breaks the whole story down into the stories of the three main characters – first Princess Leia, then Han Solo and finally Luke Skywalker.  So You Want to Be a Jedi? focuses on Luke’s story, with the other characters taking a back seat.  Adam Gidwitz has also cleverly woven a Jedi training manual into the story so that young readers can train alongside Luke.  The final book in the trilogy, Beware the Power of the Dark Side is Tom Angleberger’s love letter to Star Wars.  It is chock-full of details, including dialogue from the movie.  I love each of the different styles of these authors and they really bring the movies alive on the page.  This trilogy of books are perfect for older Star Wars fans who are sure to gobble them up.