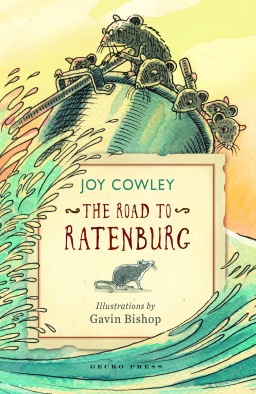 The Road to Ratenburg by Joy Cowley, illustrated by Gavin Bishop

A family of rats is forced to leave their home, so sets out to find the fabled city of Ratenburg. Along the way they outwit vicious dogs, tricky rat traps, and sharp-beaked hawks, and make some very dangerous crossings. The rat family’s adventures test their character and grow bonds between sisters and brothers, father and uncle, mum and dad.

Narrating the tale is Spinnaker Rat, a classic Edwardian father, full of wisdom about the ways of the world, who finds himself learning more than he expected.

Mango and Bambang: Tapir All At Sea

Book Two in this charming and beautifully illustrated series about the unlikely friendship between Mango, a little girl, and Bambang, a tapir.

Mango and Bambang s adventures continue in the second book of this charming illustrated series about a little girl and a tapir, written by Polly Faber and illustrated by Clara Vulliamy. Mango Allsorts is a girl good at all sorts of things, especially helping a tapir feel at home in a busy city. Bambang is that tapir and he s getting braver every day. Join then for their daring escapades, involving dogs, dancing, diamond rings and a dangerous old enemy. 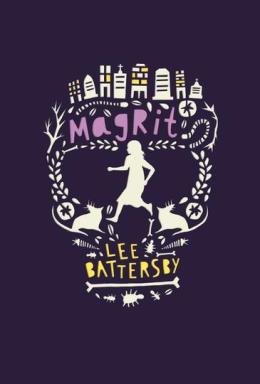 Magrit lives in an abandoned cemetery with her friend and advisor, Master Puppet, whom she built from bones and bits of graveyard junk. She is as forgotten as the tiny graveyard world that surrounds her. One night as Magrit and Master Puppet sit atop of their crumbling chapel, a passing stork drops a baby into the graveyard. Defying Master Puppet s demands that the baby be disposed of, and taking no heed of his dire warnings, Magrit decides to raise the baby herself. She gives him a name: Bugrat. Magrit loves Bugrat like a brother, friend and son all rolled into one. But Master Puppet and the newly discovered skeleton girl know all too well what will happen when Bugrat grows up – that the truth about them all will be revealed. Something Magrit refuses to face. 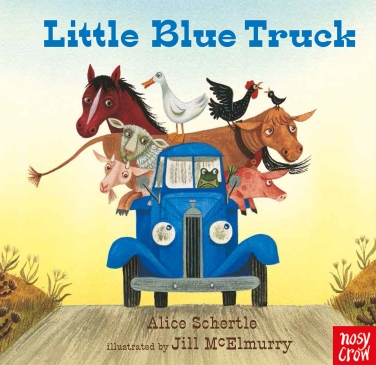 Blue is happily driving along when he’s overtaken by a big important dumper truck – but the dumper’s speedy ways means he skids off the road and gets stuck in the mud! Blue tries his best to help, but soon he gets stuck too! What a mess! Luckily, Blue has picked up lots of farmyard friends on his drive, and they all muck in to get their friend back on the road. 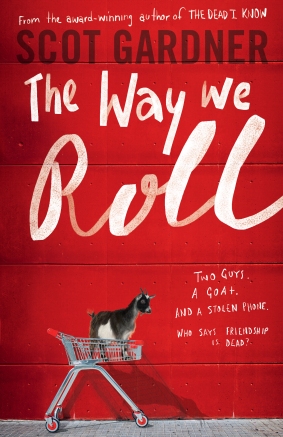 The Way We Roll by Scot Gardner

Rebel of the Sands by Alwyn Hamilton

Dustwalk is Amani’s home. The desert sand is in her bones. But she wants to escape. More than a want. A need. Then a foreigner with no name turns up to save her life, and with him the chance to run. But to where? The desert plains are full of danger. Sand and blood are swirling, and the Sultan’s enemies are on the rise. 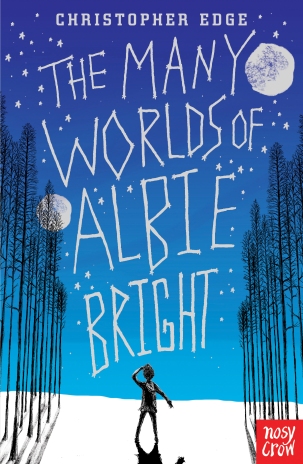 The Many Worlds of Albie Bright by Christopher Edge

When Albie’s mum dies, it’s natural he should wonder where she’s gone. His parents are both scientists and they usually have all the answers. Dad mutters something about Albie’s mum being alive and with them in a parallel universe. So Albie finds a box, his mum’s computer and a rotting banana, and sends himself through time and space to find her.

An extraordinary mystery in Larkin Mills is beginning to take shape. First we meet the apparently healthy Albert Dance, although he’s always been called a sickly child, and he’s been booked into Larkin Mills’ Hospital for Specially Ill Children. Then there’s his neighbour Ivor, who observes strange goings-on, and begins his own investigations into why his uncle disappeared all those years ago. Next we meet Young Olive, who is given a battered accordion by her father, and unwittingly strikes a dreadful deal with an instrument repair man.

Make sure you keep an eye on Mr Morricone, the town ice-cream seller, who has queues snaking around the block for his legendary ice cream flavours Summer Fruits Suicide and The Christmas Massacre. And Mr Milkwell, the undertaker, who has some very dodgy secrets locked up in his hearse. Because if you can piece together what all these strange folks have to do with one another well, you’ll have begun to unlock the dark secrets that keep the little world of Larkin Mills spinnin.

They called them the Moth Girls because they were attracted to the house. They were drawn to it. Or at least that is what is written in the newspapers that Mandy reads on the anniversary of when her two best friends went missing. Five years have passed since Petra and Tina were determined to explore the dilapidated house on Princess Street. But what started off as a dare ended with the two girls vanishing. As Mandy’s memories of the disappearance of her two friends are ignited once again, disturbing details will resurface in her mind.