With some of the larger publishers moving offshore there have been some wonderful independent publishers set up, one of these being Mākaro Press.  They have a commitment to publishing books for children and young adults and are helping to ensure local authors can still get their stories published.  Their most recent publication for young adults is Sylvie the Second by debut author Kaeli Baker. 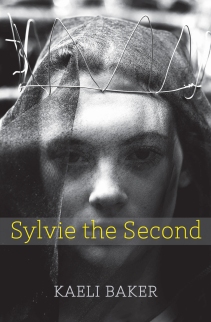 It’s another hospital trip in the witching hours for Sylvie, as part of the support crew for her crazy sister, Calamity Cate. An overdose, this time. As usual, it seems like the family is so caught up in all of Cate’s drama that Sylvie goes unnoticed.

After a makeover, a friendship breakdown, and a whole lot of pizza, Sylvie starts to get noticed, but by the wrong people. That’s when things unravel with painful consequences. Visibility, Sylvie discovers, is not about how other people see you, but how you see yourself.

Sylvie the Second tells the story of Sylvie’s journey of discovery.  It is a story of identity, family, friendships both good and bad, and choices that can affect the rest of your life.  The story is told in the first person, so we go on this journey with Sylvie and know everything that she is thinking and feeling.  There were times that I wanted to yell at Sylvie in frustration and moments that I wanted to hug her. She has a strong voice that teen readers will be able to relate to.

Sylvie feels invisible.  Her parents don’t pay her any attention because they’re always wrapped up in what is happening with her crazy sister Calamity Cate.  Cate has tried to commit suicide several times, without success, and so she is in and out of psychiatric care.   Sylvie’s parents are rarely home, and when they are they don’t seem interested in Sylvie and what is happening in her life.  Sylvie becomes so sick of going unnoticed that she changes her clothes and her look to stand out more.  This certainly seems to get the attention she desires, particularly from Chris, the hot guy at school.  However, things take an unexpected turn at a party and Sylvie’s world is turned upside down.  When she needs support the most Sylvie discovers who her real friends are and that she stands out more than she thought.

My favourite character is Belle (or Bookish Belle as Sylvie calls her).  She is the voice of reason in the story and helps to pick Sylvie up.  She’s an incredible friend (nothing like Sylvie’s so-called friends at the start of the book) and if it wasn’t for Belle I don’t know what might have happened to Sylvie.  I also really like Adam but I wanted to know more about him.

I loved the way that the story is wrapped up.  Kaeli leaves you with a sense of hope, while also realising that Sylvie’s life will be tough and still have its challenges.

Sylvie the Second is a stand-out debut novel from a wonderful new local author.

I’m very excited to be part of the blog tour to promote Sylvie the Second.  Make sure you check out the blog on Friday 18 March to read Kaeli’s post about her Top 5 Sisters in Fiction and enter the competition to win a copy of Sylvie the Second.