Peter Millett is an author who loves to make kids laugh. He has written books for kids of all ages, from picture books to novels. Peter’s latest book is a collection of funny stories for Ladybird Books. Ladybird Funny Stories for 5 Year Olds is a fantastic collection of stories that has been brought to life by Rhashan Stone and Gemma Whelan, as an audiobook. Funny Stories for 5 Year Olds has just been released and you can read my review here.

I caught up with Peter Millett to ask him about how he got this gig with Ladybird Books, how we decided which stories and characters to mash-up and more.

Ladybird is a fantastic publisher with a terrific history of publishing quality books for children. I was super excited to get to work with them on a series of funny picture books in 2020 that were aimed at 2-3 year old readers. While we were doing that my editor Becky asked me if I was interested in writing some longer humorous stories for 3 year olds that could be included on an audio book. One thing led to another and I ended up working on an audio book aimed at 5 year olds instead. This is how much of my career has evolved. One door opens and then another different one, and then another different one after that opens. I feel energised each time I get to try something that I haven’t done before.

Yes. And I had to plan this project really carefully too. Most of my longer comedy writing (Boy Zero/Johnny Danger) is for 7+ so I can slip in puns, malapropisms and double-meanings to get the giggles flowing. With audio books it’s a little harder to use wordplay so you have to create jokes that come from obvious mix ups and misunderstandings that are easily understandable for the youngest of listeners. The magical elves in one of my stories get hopelessly confused and end up creating a pair of crocs (crocodiles)  instead of a pair of socks. That silly scene is easy for kids to get first time and laugh at.

Jackpot is an understatement. Gemma Whelan has appeared in Ben Elton’s comedies and I grew watching and memorising Ben Elton’s comedies! I still can’t believe that Gemma has voiced my stories. Yes, she blew me away on this audio book. I had a pretty wild image in my head about how zany the Queen of Hearts, the Bad Fairy and Cinderella’s Gruff Stepsisters could be. Gemma exceeded that image by quite a way! To quote Spinal Tap she turned the dial up to ’11’. Rhashan genuinely surprised me with his animal character impersonations. He didn’t hold back. He dived into wacky-land and came up with sounds that I didn’t know that human vocal cords could generate. He’s a legend in my books.

One at a time! That’s how. This audio book is one of the most intricate and complicated writing projects I’ve ever attempted. Looking back now it all seems so obvious. But at the time I found it quite a challenging to blend multiple disparate storylines and characters into one cohesive unit that somehow was funny and easy to comprehend!  I did a lot of walking and thinking while writing this collection. At the end of the day I’m a fan boy and I’d always wanted to see all of these famous and quirky fable and nursery rhyme characters bump into each other and watch the sparks fly. The Golden Duckling was the most fun of all the stories to write.

Hmmm. That sounds like my next audio book project. 🙂  The Day of The Triffids, Swiss Family Robinson and Anne of Green Gables.

Rough idea: Anne finds herself stranded on a deserted island infested with human-eating plants. She bumps into the Swiss Family Robinson who are oblivious to the dangers below as they live happily up in the treetops. Anne must overcome their confusing language barriers and frequent awkward misunderstandings by using roleplaying methods to help alert the family to the perils they unknowingly face. After the human-eating plants are defeated, Anne wants the family to sail a raft to New York where she can stage a Broadway musical about her wild experiences on the island.

Peter Millett is the author of the funny, action-packed secret agent series, Johnny Danger.  So far there are two books in the series, D.I.Y. Spy and Lie Another Day.  With the third book, Spy Borg, being released in September Peter wants to give readers a special preview of the cover.  Peter joins me today to talk about why he created the Johnny Danger series and gives us a sneak peak of the Spy Borg cover.

Johnny Danger is turning into one of the most fun projects I have ever worked on in my career as a children’s author.

I’ve created the series with two audiences in mind: students and teachers. Firstly, students aged 8 – 12 years will enjoy the slapstick comedy, outrageous pranks, spectacular action sequences and unpredictable story twists that Johnny Danger and Penelope Pounds experience as teen spies working for MI6. Secondly, teachers and parents will appreciate the fun I am poking at the James Bond spy series and enjoy the subtle sense of hidden humour that is at play in the background. I am an eternal prankster and I have purposely littered the book with all sorts of comedy traps to catch readers of all ages off-guard.

My wife has taught Year 6 students for over 20 years and I am more than aware that teachers re-read certain stories in their classrooms each year and that they want these stories to maintain a fresh and energetic feel over multiple readings. The Johnny Danger series has been created for such purposes.

The comedy is broad and will appeal equally to both boys and girls. I’ve gone to great lengths to construct well-planned plots that end satisfactorily and unexpectedly. I’ve also made sure that the scatological humour used in the books doesn’t overtake the storytelling.

Additionally, books one and two contain DIY spy codes that can be emulated in the classroom by students. The first book uses humorous anagrams as the basis of an intricate software hacking system, and the second book uses upside down calculator spelling words to hide vital codes. Both these DIY codes can be created by student readers with everyday school or household resources.

We live in an increasingly multimedia-orientated world and I have decided to embrace a number of new technologies to help connect readers with the Johnny Danger series.

The digital trailer for book one “DIY Spy” uses state-of-the-art 2D animation to project the spirit of the main character:

The trailer for book two ‘Lie Another Day” uses a mixture of live-action footage and green screen technologies to display the off-the-wall comedic moments of the book as well as hinting at the plot:

Finally I made an appearance on national television so that readers could hear first-hand what they were in for if they read Johnny Danger.

I hope the Johnny Danger series is remembered as one of the funniest sets of children’s books ever to be released down under. I also hope that reluctant readers find them a gateway to discovering a love of comedy fiction.

As a ‘special feature’ to this blog I’m including the world premiere of the cover of book three “Spy Borg”. 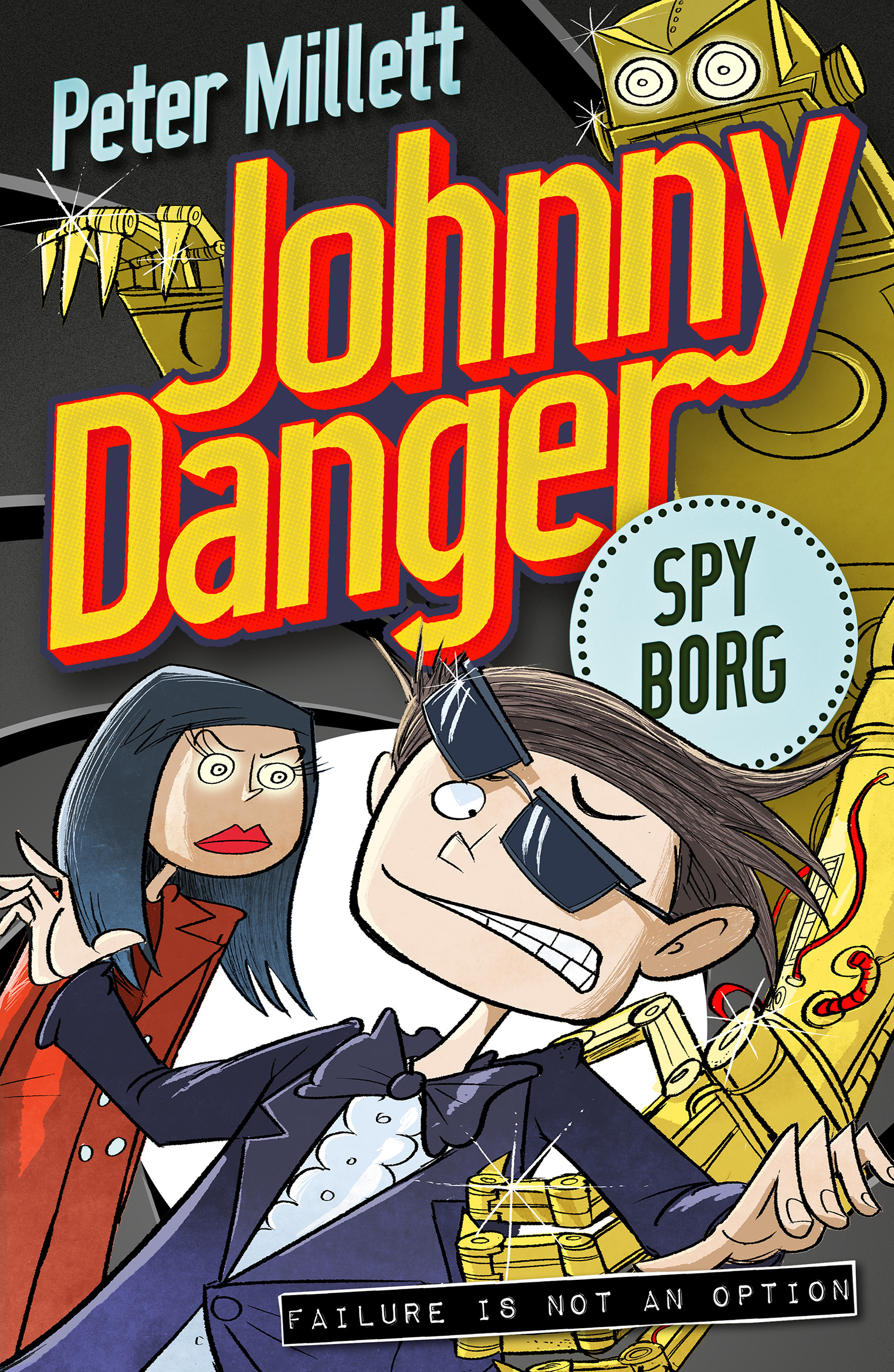 (Please note that this blog will self-destruct in five minutes time!)

You can find me on: