Bigger, meaner, stronger, Amber closes in on her murderous parents as they make one last desperate play for power. Her own last hopes of salvation, however, rest beyond vengeance, beyond the abominable killers – living and dead – that she and Milo will have to face.

For Amber’s future lies in her family’s past, in the brother and sister she never knew, and the horrors beyond imagining that befell them.

You might have heard how the universe began with the Big Bang? Well, the universe as Jim Wimple knows it is about to end. With a Bazoom!

Not only are Bazoom! scooters super fast and deadly cool, but fierce (and swoonsome) older girl Fiona has just started riding hers to and from school, and possibly out of Jim’s life forever. Disaster! Jim Wimple needs a Bazoom!, and fast. So he and his best friend Will devise a clever scheme, which involves having to sneak into Dad’s workplace. But when the boys break into the Mallet & Mullet ‘accountancy’ office they find that the walls are lined with ancient portraits, the staff are highly secretive, and Jim’s dad’s office bears the sign ‘G Reaper’… And then all hell really breaks loose.

What would YOU do if you thought your dad might be… Death?!

Sixteen year old Solomon has agoraphobia. He hasn’t left his house in three years, which is fine by him. At home, he is the master of his own kingdom–even if his kingdom doesn’t extend outside of the house. Ambitious Lisa desperately wants to go to a top tier psychiatry program. She’ll do anything to get in. When Lisa finds out about Solomon’s solitary existence, she comes up with a plan sure to net her a scholarship: befriend Solomon. Treat his condition. And write a paper on her findings. To earn Solomon’s trust, Lisa begins letting him into her life, introducing him to her boyfriend Clark, and telling him her secrets. Soon, Solomon begins to open up and expand his universe. But all three teens have grown uncomfortably close, and when their facades fall down, their friendships threaten to collapse as well.

Leo Lennox has made a mistake. A massive, world-altering mistake. Now, the secret his shape-shifter ancestors have kept hidden for thousands of years is in danger of being discovered – all because he insisted on going to school camp.

It’s no place for a thirteen-year-old Turner still struggling to control his ability to transform into animals. Surrounded every minute of every day by his classmates – including his secret crush, and a pair of terrifying bullies – Leo is going to find out just how much he still has to learn.But when he discovers a fiendish plot, Leo realises that surviving camp is going to be the least of his worries. 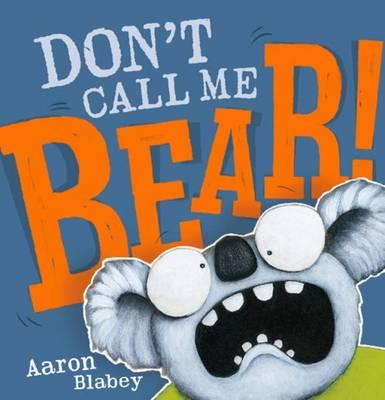 G’day, my name is Warren, and I’ve got something to share …Just because I’m furry doesn’t mean that I’m a bear.

Warren the koala is many things–a marsupial, cute and furry, a bit of a grump–but the one thing he’s not is a bear! 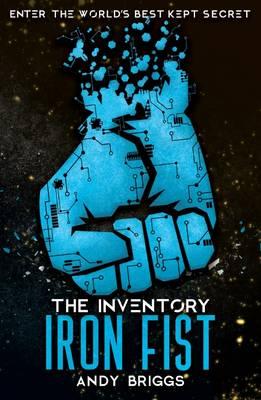 Hiding the most advanced technology and weapons to keep the world a safer place is a good idea. Storing ALL of them in one place? That’s when the trouble starts. Hidden under a small suburban town The Inventory is a collection of the most incredible technology the world is NOT ready for: invisible camouflage, HoverBoots, indestructible metals and a giant battle robot just for starters. Lots’ Dad is the mild-mannered curator of The Inventory, and she gets to see some CRAZY things. The Russian “Iron Fist” is a colossal war robot, built during the Cold War. Once the Iron Curtain fell, the mechanical giant was written out of history and kept secret in The Inventory – now it has been stolen, along with some other serious tech. Alerted to the missing items The Inventory, usually devoid of people, is flooded with mission teams setting out to follow the trail of the thieves, only to be stranded and locked out of communication. Using invisibility camouflage, the thieves have hidden inside and now they’re in control. Alone on the inside, Lots must find a way to get her Dad and The Inventory teams back and stop the anonymous thieves.

Once there was a little rabbit… “I’m not a LITTLE rabbit! I’m Super Rabbit!”

Simon is not afraid of anything. He’s Super Rabbit! But one day when he goes out to save the world, he comes across a situation he wasn’t expecting.

The guard always follows the general’s orders without question. This time,
the order is that no one must cross the line. The right-hand page of this
book must be kept blank for the general.

As the crowd builds up on the border, the guard is under pressure. If no one
is allowed onto the next page, what will happen to the story?